​when the prince danced with the coachman
This ongoing project is directed and choreographed by Stephanie Schober with the complicity of collaborating artists. It is driven by the search for possibilities of emancipation, liveliness and intimacy within performance contexts. It is an invitation to inhabit space and to be present in ways that interrupt everyday experiences. In the desire to unite multiple perspectives and contradictions the series of sketches produces a patchwork aesthetic over time. 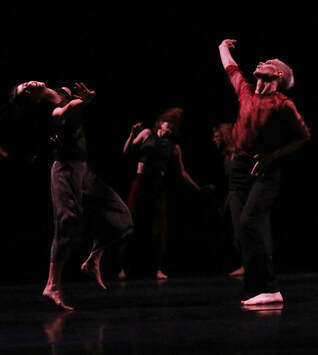 This group work delves into  flamboyance in performance, the pleasure found in immersing oneself with the idiosyncratic detail of the body and the joy of temporarily taking ownership of one's image. Created with and performed by  by the  BA3 dance students at TrinityLaban, this choreography by Stephanie Schober includes artistic contributions by Oluwaseun Olayiwola and Joshua Hubbard.
​
​Sketch 1 - Trio (2018 - watch here) 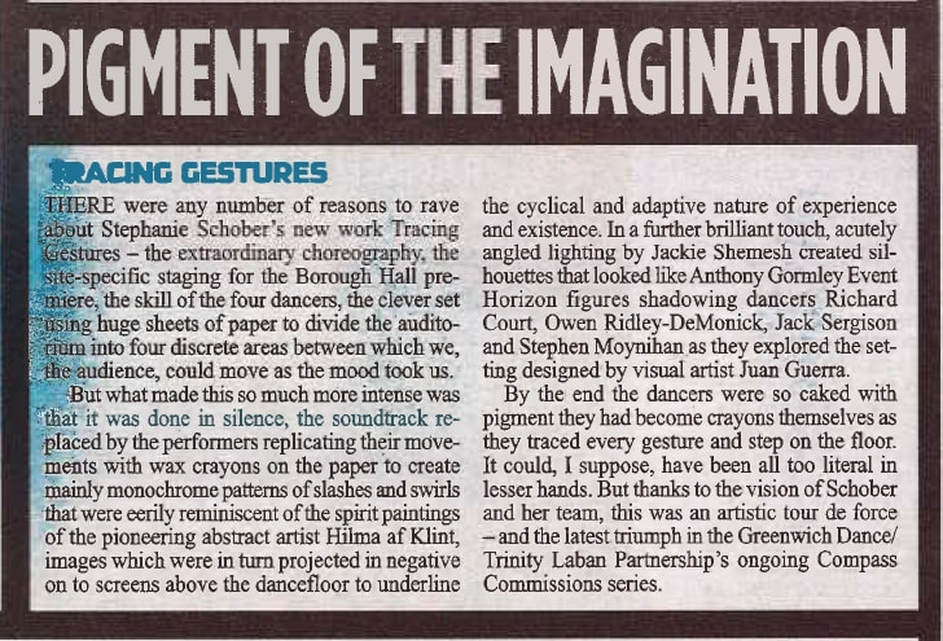 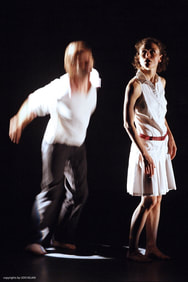 In these two short works the performers use their voices
to accompany their own and each other's movements.
Rigorous repetitive patterns create a choreographic framework,
one in which the the dancers explore rawness, humor and exhaustion. 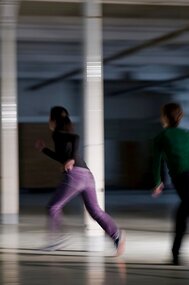 Katsura Isobe and Stephanie Schober create self-portraits, in which
the expressive potential of  personal gesture and movement are explored.
As their individuality gains presence on stage the quiet and intimate relationship
between the two women becomes tangible.

A recording of their voices gradually mutates.
It highlights subtle nuances within the distinctive tone of a human voice,
It creates a sound-scape that invites the viewer closer into the detail
of the performers' physical interactions.
Photo by Gigi Giannella
Powered by